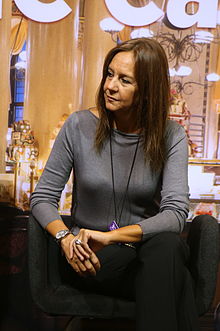 María Dueñas is a professor of English Language and Literature at the University of Murcia. She has seven siblings and lives in Cartagena. She is also an academic author and has worked at different universities in North America.

She came into the spotlight in 2009, achieving great success in Spain thanks to her first novel, El tiempo entre costuras, published in English as The Time in Between, and The Seamstress, a historical espionage novel, which sold more than a million copies. It has already been translated into more than 25 different languages.

The novel also won a number of literary awards such as the Historical Novel Award from the City of Cartagena, the top prize at this annual week-long celebration of the historical novel, and the 2011 Culture Award for Literature. It was adapted for television as a same-titled series, produced by the Spanish television network Antena 3.

El tiempo entre costuras revolves around the figure of Sira Quiroga, a seamstress who moves to Morocco with her boyfriend right before the uprising that would lead to the Spanish Civil War. There, after many setbacks, she will open her own sewing workshop.

Dueñas had great success again in 2012 when she published her second novel, Misión Olvido, published in English as The Heart Has Its Reasons. This time the setting goes back and forth between the Spanish missions in California and contemporary Spain. Misión Olvido reached its fifth edition on January 25, 2013 with over half a million copies sold and was awarded the Culture Award for Literature by the Region of Madrid.

Her third novel, La Templanza, set in 19th century Mexico City, Havana and Jerez de la Frontera, was released in Spain on 17 March 2015. Following the success of the television adaptation of El tiempo entre costuras, Atresmedia announced the production of a television series based on La Templanza. The series will be produced in 2019 and will be released by Amazon Video.

In 2018, Dueñas’ fourth novel, Las hijas del Capitán was published. The novel is set in early 20th century New York City, and focuses on the colony of Spanish expats living in the city. Source: wikipedia EN

The Heart has its Reasons – Misión Olvido

Declared “a writer to watch” (Publishers Weekly, starred review), New York Times bestselling author María Dueñas pours heart and soul into this story of a woman who discovers the power of second chances.

A talented college professor in Madrid, Blanca Perea seems to have it all. But her world is suddenly shattered when her husband of twenty years leaves her for another woman. Questioning the life she once had and whether she truly knows herself, Blanca resolves to change her surroundings. 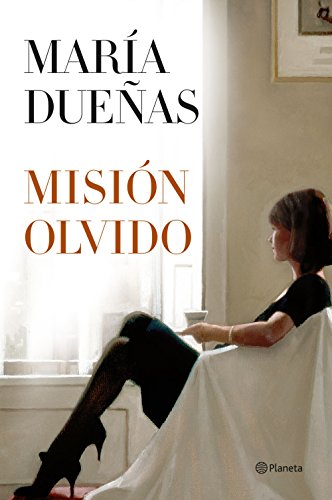 She accepts what looks like a boring research grant in California involving an exiled Spanish writer who died decades ago. Anxious to leave her own troubled life behind, she is gradually drawn into his haunted world, with its poignant loves and unfulfilled ambitions.

But in delving into the past, Blanca finds herself simultaneously awakened to the present by Daniel Carter, a charismatic professor with crucial knowledge about the dead writer that he has never before revealed. Amid this web of passion, conflict, and hidden feelings, including her own, Blanca advances like an avid detective, refusing to quit, and ultimately discovers startling answers that resonate deeply in her own life.

Evocative, lyrical, and humorous, The Heart Has Its Reasons is a journey of the soul from the pangs of the past to the vibrant present. It is a story about the thrill of creating one’s life anew.

Early forties – one thinks life is under control.
And marriage of course. Her husband leaves her
and suddenly she has to re-invent herself

So the next thing .. she accepts a fellowship in California.

That is where the book opens up to different sub-plots.
I wanted to write something sadder to present time
……………. and looking back to the past

In the end it is a story of human passions.
Its a story’of how we as human beings sometimes lose the things we most love.

In Spain she has the ability/capacity to restart,
to recover and to re-invent herself.