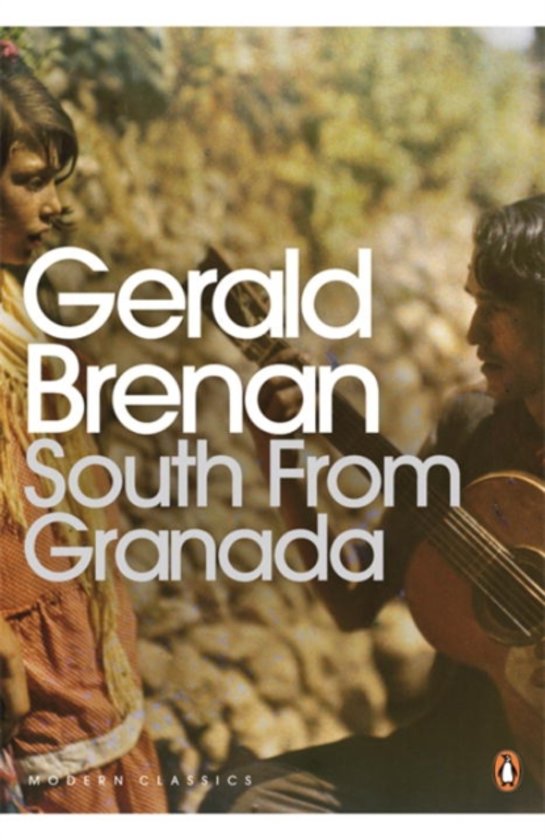 Part autobiography, part travelogue, and wholly a tribute to the unspoilt beauty of southern Spain, Gerald Brenan’s South from Granada includes an introduction by Chris Stewart, author of the bestselling Driving Over Lemons, in Penguin Modern Classics.

Between 1920 and 1934, Gerald Brenan lived in the remote Spanish village of Yegen and South of Granada depicts his time there, vividly evoking the essence of his rural surroundings and the Spanish way of life before the Civil War. Here he portrays the landscapes, festivals and folk-lore of the Sierra Nevada, the rivalries, romances and courtship rituals, village customs, superstitions and characters.

Fascinating details emerge, from cheap brothels to archaeological remains, along with visits from Brenan’s friends from the Bloomsbury group – Lytton Strachey and Virginia Woolf among them. Knowledgeable, elegant and sympathetic, this is a rich account of Spain’s vanished past.

Gerald Brenan (1894-1987) was an English writer who spent much of his life in Spain. He is best known for The Spanish Labyrinth, a work of history on the background to the Spanish Civil War and for South From Granada: Seven Years in an Andalusian Village. He was awarded a CBE in 1982, and was much honoured in Spain If you enjoyed South from Granada, you might like Orwell’s Homage to Catalonia, also available in Penguin Modern Classics. ‘The best of Brenan’s books: he has a true and proper knowledge of the culture he describes’ Cyril Connolly, Sunday Times ‘A brilliant interpreter of Spain to the rest of the world’ The Times.

Wikipedia information South from Granada has been adapted into a film, Al sur de Granada (2003), directed by Fernando Colomo. The film includes some biographical material not in the original book.

This account of a demobbed English soldier immersing himself in an Andalusian village is a beguiling vision of true community. 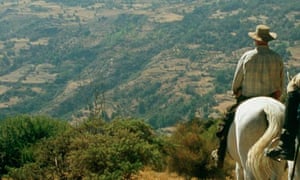 In September 1919 a young Englishman disembarked in La Coruña on the north coast of Spain. He had just been demobilised and had a little money and about 2,000 books packed in his trunks. His ambition was to find a cheap place to live, educate himself through reading and become a writer. After a few days walking in Galicia he took the train to a deeply dispiriting Madrid and then on to Granada. Here he left his belongings and set off on foot in search of an affordable house to rent in the Alpujarras valley on the far side of the Sierra Nevada.

His name was Gerald Brenan and the story of the weeks he spent walking the valley weakened by dysentery, eating poorly and sleeping in bug-infested posadas could have made an interesting book in itself. In fact, his quest is all over by page nine of the book he actually wrote, South from Granada, one of the small classics of early 20th-century British travel writing.

For Brenan, it wasn’t the travelling more or less hopelessly that mattered so much as the arriving; the real journey in South from Granada begins when he settles into the routines of village life. It is, at risk of sounding hackneyed, a journey of self-discovery and of immersion into an entirely alien way of life, one that is already at risk of extinction at the time that Brenan began his nine-year stint documenting it.

Finally he found his house in the village of Yegen. Situated about 4,000ft above sea level on the slopes of the Sierra Nevada and on a road that actually did go nowhere, Yegen was an almost entirely self-sufficient village of peasant farmers. Its communal lands were fertile and well-cultivated, producing olives, grains, grapes and vegetables while the higher slopes provided grazing for enough sheep and goats to provide a surplus. For most people, the only imported food was fish from the sea less than a day’s mule trek away. To anyone so recently come from the war in France and post-war London it must have seemed Edenic.

The crucial thing for Brenan was that it was a real community, and, dressed like a local labourer, he entered into the life of the villagers as fully as they would allow. He gossiped with the elders, threw dances in his house, engaged half-heartedly in the local courting rituals and explored the beliefs, superstitions and intensely local politics that formed their worldview.

In many respects this attempt to lose himself in his adopted Andalusian identity was a more or less explicit criticism of his native country. Where Westminster was distant from the daily preoccupations of the voters, the village caciques derived their power from their ability to do useful things for their clients. Where the British lived their lives behind closed doors, the people of Yegen lived theirs on the street and everyone knew everyone’s business. And this, in Brenan’s eyes, was clearly how it should be.

The few other British people who appear in the book serve to strengthen this negative comparison. The only other expat we see is a drunken Scottish engineer married to a local woman and living a life of malign distrust of his new family. Visitor Lytton Strachey hated the place, while his companions Ralph Partridge and Dora Carrington were too wrapped up in their lovers’ tiffs to even notice where they were. Virginia and Leonard Woolf were better guests, and brought some welcome intellectual companionship, but they showed no interest in engaging with the local culture. These representatives of the Bloomsbury “community” were all too individualist to feel at home in a real village. In fact, the only time Brenan seems willing to allow that the British might be superior to the Spanish in any way is when he discusses their respective treatment of domestic animals.

Oddly enough, behind much of his love for his adopted home is his belief, based on contemporary anthropological theories, that the aboriginal inhabitants of the British Isles originated in the Alpujarras. He even indicates that they may have been soured by their race memory of the sunnier weather their ancestors abandoned.

And all the time he walked. When Strachey and company first expressed their intention to visit, Brenan walked the 57 miles to Almeria in two days to buy some extra furniture. Then when the visitors announced their early arrival, Brenan got up at dawn and walked the 71 miles over the mountains to Granada to meet them. In 28 hours. Brenan has a fair claim to being one of the founding fathers of English psychogeography.

At the end of the book an older Brenan, then living with his wife in Malaga and driving a car, returned to Yegen for one last visit. By that time he had published The Spanish Labyrinth, one of the key books for understanding the background to the Civil War and a work that somewhat overshadowed South to Granada. As he looked out over the village and the mountains beyond he realised that his original paradisal view of the place was no illusion. By then he has brought the village so vividly to life that I’m inclined to agree.